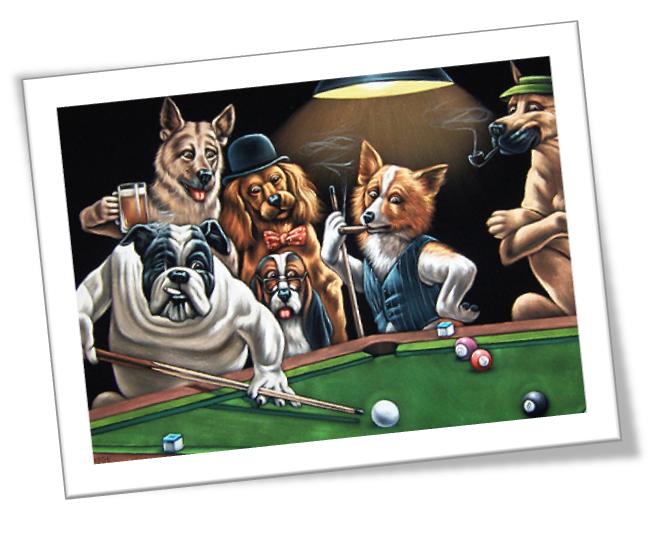 We all know the story of Pavlov’s dog!
Just in case here is wikipedia’s explanation.

The original and most famous example of classical conditioning involved the salivary conditioning of Pavlov's dogs. During his research on the physiology of digestion in dogs, Pavlov noticed that, rather than simply salivating in the presence of meat powder (an innate response to food that he called the unconditioned response), the dogs began to salivate in the presence of the lab technician who normally fed them. Pavlov called these psychic secretions. From this observation he predicted that, if a particular stimulus in the dog's surroundings were present when the dog was presented with meat powder, then this stimulus would become associated with food and cause salivation on its own. In his initial experiment, Pavlov used a bell to call the dogs to their food and, after a few repetitions, the dogs started to salivate in response to the bell.

So what the heck does this have to do with paperwork and what is the wonder?

Let’s look at a sales cycle or business cycle. I will use a real estate listing through the closing for this article. But it will work for most sales folks and business cycles.

Days 0-10
So we start off lead generating, prospecting, appointment setting or whatever name works for you. So time goes by and you get a good lead, hopefully you have several good leads after a week or two.

Days 10-30
Then as you continue to lead generate you are now doing lead follow up.

Day 30
Now we have a listing appointment and you take the listing.

Days 30-40
The seller gets the house ready, you get the photos and then it hits the market.

Days 40 - 130
You are handling showings, getting feedback from agents, talking to the seller convincing them their house is not so special. After about days 30-45 days of the listing you get a price adjustment.

Days 130-135
Finally you get an offer, back and forth, back and forth counter offers, addendum(s) finally the seller decides to throw in the clothes basket that the buyer is stuck on. BANG!

Day 135
You now have a fully executed contract. wOOt wOOt!!!

Days 135-164
The contract period, based on the fact about a third of all transactions fail, it is sweat the details time. Handling the appraisal objection, inspection repairs, loan processors, underwriters, getting the hazard insurance, showing the house to the buyer's long lost cousin  that just happened to fly into town.

Day2 164-165
Running around getting all the missing initials and signatures, the office is missing page 7 for some unknown reason

Days 165- 169
Getting the keys, handling all the moving issues that come up. Still missing page 7 , found it under the seat in your car.wOOt wOOt!!!

I realize that there may be some dramatization but it is pretty accurate.

Now in this sales cycle the food is the check, the bell that keeps ringing before you are fed is administrative task. When the actual cause of the food was the lead generation activity.

However because the "real bell" and the food are some far removed from each other we are not able to make that deep psychological love for lead generation. We actually develop that connection for things that really do not make us any money.

So the trick is to reward the right behavior. A simple reward for a lead, a little more of a reward for an appointment. Maybe enlist an accountability partner.

I'd love to hear your suggestions below.