It is cold, it's dark early, Halloween is over, retailers are putting out Christmas and Thanksgiving displays.

It can be a magical time of year for some, and not so magical for others.

You are now standing at a fork in the road. You can choose the road that no houses sell and then wait till next to start your business back up and play catch up. This road is an easy trap, you start listening to 2 or 3 people tell you the  quotes above and BANG your mind is convinced.

You can choose reality and take the road where houses actually sell. This road requires knowing the truth. I understand that the numbers are lower than the peak times of the year, Duh! Real Estate like most businesses has seasonalities.

But the truth is Since 1996 there have been 16 Decembers and 17 Januarys with a total of 27,721 closed transactions in Salt Lake County. That is an average of 840 transactions per month.

So it is decision time. Which road are you going to take?

I saw Halloween stuff at Home Depot, last week at my son's football practice we were looking for shade, not so much now.

Now is the time to start your business planning for 2013.
January is too late.

Or fill out the form below

I have had the pleasure of fire walking with Tony Robbins. It is one of the most awesome experiences I've ever had, especially when it comes to understanding the mind.

The training was mostly rehearsing and practicing the victory dance. We had experienced it over and over in our mind.

You see your subconscious does not know the difference between reality and fantasy. So we replayed the experience over and over and then just went out and walked. We knew the outcome, we walked with purpose.

I want you to understand that, if you want to have something, all you have to do is know for certain the outcome, look straight ahead, do not hesitate and walk forward.

So let's look at lead generation. Whether you are cold calling, warm lead calling, door knocking, direct mail marketing, email marketing. No matter what it is, know the outcome and do it.

I want you to pick one or two lead generation systems and look straight ahead, know the outcome and walk.

If you are interested in learning more about lead generation Want More Leads is now offering training and coaching.

Masters practice and work at their craft. I’m reading the book Outliers by Malcolm Gladwell. He talks about the 10,000 hour principle. He points out that it requires about 10,000 hours to become a master. That is 40 hours per week 50 weeks per year for 5 years to reach the 10,000 hours.

Let’s look at the NFL, besides the fact football season is getting close. The average NFL game has about 120 plays. It is also stated that the average amount of actual playing time is 6-7 minutes. Let’s assume the plays are split 50/50 and each team has 60 plays and about 3.5 minutes of playing time.

The amount of money the NFL is throwing around means that competition is stiff. This means that players that make it and get the big bucks have many hours of practice. Same with all the other sports.

Now let’s look at sales, especially real estate. I would guess that less than 1% practice, I am not aware of any that have their 10,000 hours of actual sales. Even hard core prospectors that call 2-3 hours a day, 2-3 appointments a week only get about 15-20 hours per week. That would be 10 years to get to their 10,000 hours.

So what if you practiced 1 hour a day? Would that improve your business? It couldn’t hurt.
So what really does practicing do for a sales person? There’s an expression that says, “You don’t play the cards. you play the man.” If you practice your scripts and dialogues and have them internalized you no longer play the cards. What I mean by that is, you no longer have to worry about what you will say, ever. This allows you to play the man, you can now focus on the person, how they react. Besides not having to worry about what to say, it will increase your confidence, which will cause you to prospect more, which in turn makes you better.

Another thing that NFL, NBA, NHL and MLB players have in common besides practice is a coach. 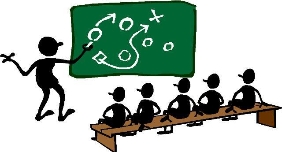 When Phil Jackson became coach of the Chicago Bulls his first meeting was with Michael Jordan.  Phil shared with Michael his dreams and plans for turning the Bulls into a Championship Team.  He said to Michael, "It will only work if you embrace them"... to which Michael Jordan said, “I am with you Phil, you know I have always been coachable.”   The rest is history!  Michael Jordan, because he was coachable, submitted himself to his coach, to his coach's process and plans. He was willing to be put under the scrutiny of others, so that they could see what he couldn’t.  He was willing to trust his coach enough to make the necessary adjustments that would make him (Jordan) one of the world’s greatest basketball players that led one of the greatest champion runs in NBA history.